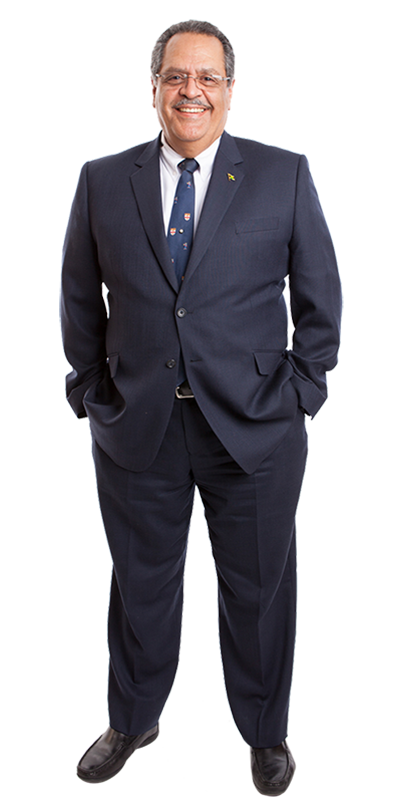 Afeef was admitted to practice as an Attorney at Law in Jamaica in January 1973 and as a Solicitor in England in October 1977. Afeef practices in the areas of real estate, corporate and commercial law. He has been involved in many notable commercial transactions such as on behalf of Coca-Cola where he assisted in the Sale of the bottling plant and assets in Jamaica and on behalf of Xerox Corp and Kraft Foods Inc. in the sale of their respective Jamaican assets and the licencing of the Purchasers as local distributors.

He also represented Citibank and Bank of Nova Scotia in financing the purchase of all branches, assets and subsidiaries of Courts UK in the Caribbean, Guyana and Bermuda from the Administrator in the United Kingdom with particular reference to the use of Jamaican assets as part of the security for the financing. This transaction entailed complicated cross guarantees, multiple currencies and securities governed by laws peculiar to each of the several jurisdictions as well as taking advantage of new and previously unavailable methods of providing security now permitted under the Companies Act 2004.